The People Behind The Products.

Almost every company says that it’s their people that make them great. In the case of Caliber Metals, it’s true.

From the front office to the loading dock, everything that Caliber Metals does is driven by a commitment to excellence in quality, craftsmanship, and service. It’s a commitment that stems from the legacy of a proud family firm and the personal wish of all of our employees to provide the best products and service to every client – every time. 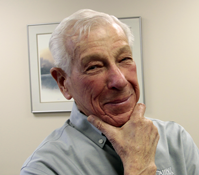 Bill founded Caliber Metals in 1988 with his partners Ned Cavallaro and Andy Ligda. A graduate of the University of Oregon, Bill specialized in the purchasing of high-quality steel for the manufacture of Caliber Metals products. He was instrumental in guiding Caliber into the metal framing stud and accessory business, leading to the company’s expansion beyond its traditional roofing market. A World War II veteran, Bill served in the U.S. Navy in 1944-45; his hobbies include skiing, golf, fly fishing and walking his dog. Bill has four children and five grandchildren, and is probably the most physically fit member of the Caliber Metals’ team. 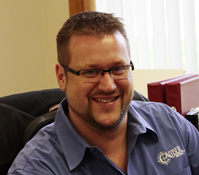 The son of original founder Ned Cavallaro, Ned manages all shop floor personnel, rollform setups, hiring, safety training, maintenance, trucking, and operations. He is a member of the Wertz Warriors, a Michigan Special Olympics group that caps off its annual fundraising with a snowmobile ride for Special Olympians. He is the father of two daughters, aged 11 and 9. 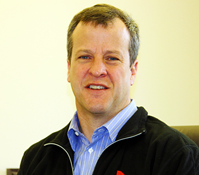 Partner and VP, Sales and Marketing

Bill Harber Jr., the son of founder Bill Harber Sr., has been with Caliber Metals since January of 2002. Bill manages sales, marketing, purchasing and some operations. He is a graduate of the U.S. Naval Academy and served 6 years in the fleet on two ships and in one training command. Bill Jr. is the father of three children, two girls and one boy aged 13, 11, and 7. He coaches rec-league soccer and baseball. 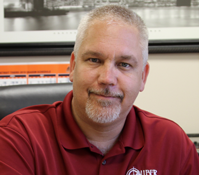 Jeff has been in sales and management for 25 years. Jeff came to Caliber Metals from the Tobacco and Candy Wholesale Industry. Jeff has been married two his high-school sweetheart, Tami, for 20 years. They have 2 children; 1 son at Saginaw Valley State University, and 1 daughter in High School. Jeff likes spending time at his cabin in northern Michigan with his family and friends where he chases golf balls in the summer time and chases deer in the fall and winter. 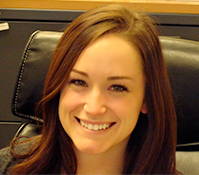 In addition to her career at Caliber Metals, Kayla is the proud owner of Broadway Bound Again! Studio of Dance Excellence (EST. 2015) in Chesterfield Twp. Dancing has always been in her blood. Her mother, having owned the same dance studio since 1992 has “set the stage” for what was to be Kayla’s lifelong dream turned reality.